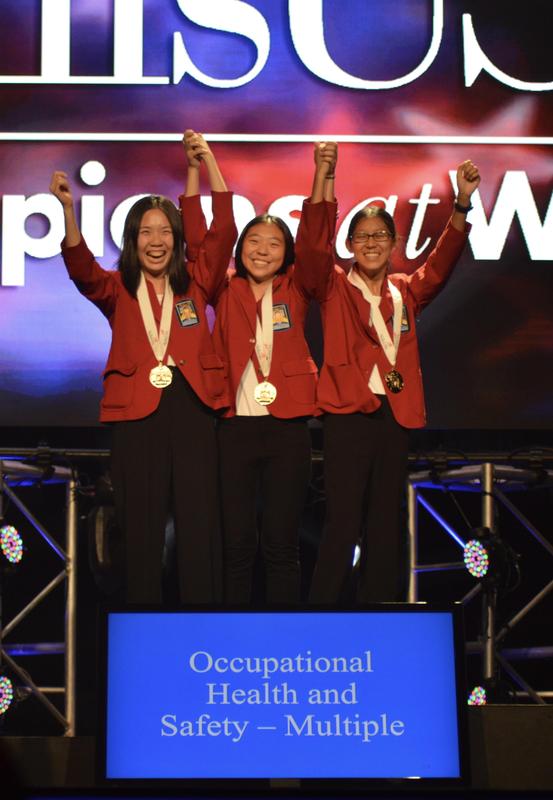 Congratulations to all the SPHS SkillsUSA national competitors! The SPHS Occupational Health and Safety Team won the gold medal at the competition held in Louisville, Kentucky, June 24-28, 2019. Jolene Lee, Talulla Chow and Luyang Zhang nabbed the highest award in the country. As national champions, this team will be competing again in August.

Henry Balding built a little house for his SkillsUSA competition and earned nearly $1000 worth of tools for his efforts. He was also offered a job by a national construction company and will be featured in an article in the SkillsUSA magazine.